Hello all you 24 fanatics this is your weekly Wednesday edition of the Official 24 Blog. I am once again your official #bringbacktony President Joel Wood and this week I am going to discuss my favorite topic. A topic and person who ANYONE who watches 24 has an opinion on- Tony Almeida. Now the last time we saw Mr Almeida, it was a very different Tony that we had all grown to love over 5 seasons. He was a bitter, broken man. No longer was Tony Almeida a patriot but rather a vigilante. A man with a misguided sense of direction who had been so consumed with revenge over the previous 4 years that he’d turned his back on the only 3 people who cared about him, most notably Jack Bauer. 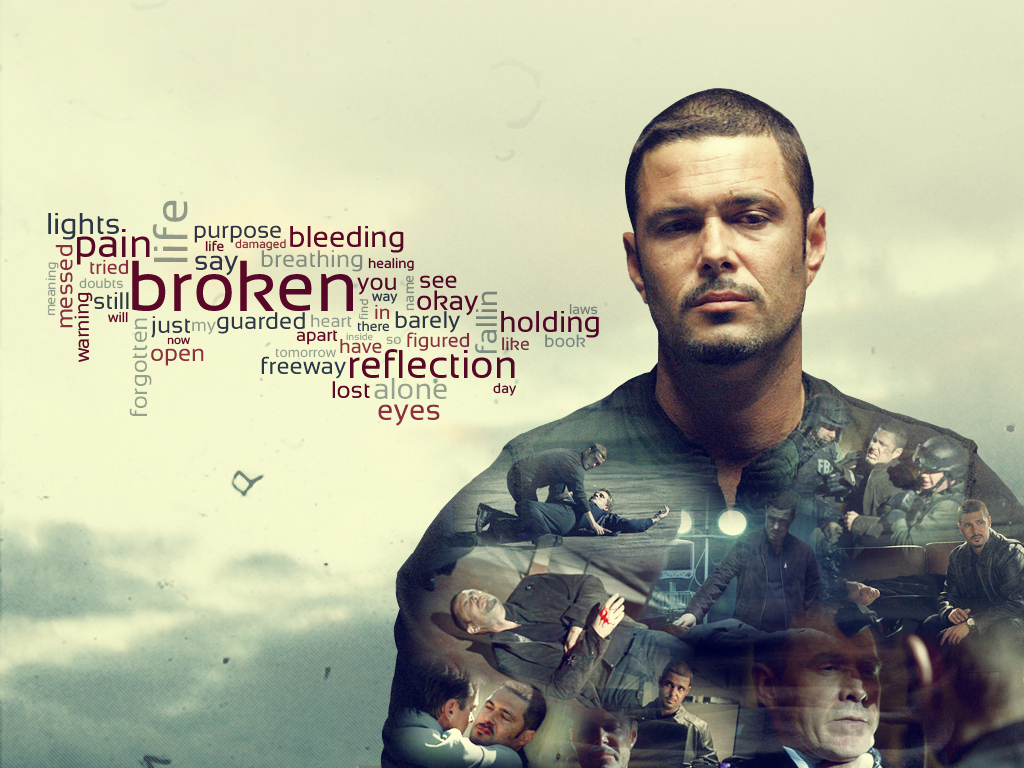 Tony Almeida played both sides of the field the whole day. He enlisted the help of Bill Buchannon, Chloe O Brian, and Jack Bauer to bring down the corrupt Juma regime. Tony saved millions of lives but also killed thousands more but his motives were clear. Tony wanted Alan Wilson, the man behind Charles Logan and the entire Sentox Nerve Gas Conspiracy that spanned 3 seasons and resulted in the deaths of David Palmer and Michelle Dessler. Tony had taken a turn for the worse. A turn that can be argued started way back in Season 3 when Tony went against Jack and CTU to save his wife, Michelle. Season 4, Tony was bitter but not yet broken due to Michelle leaving him but by the end of Season 4, Tony had come back to life and reunited with his Wife by season’s end. Then in Season 5, Michelle Dessler was killed by a car bomb and Tony’s life changed forever. By the time Season 7 rolled around, Tony had faked his death, cut his hair, and grew a full goatee to look more the villain role. Now, with 24: Live Another Day set to debut in May, 2014, I will now list reasons as to why I think Howard Gordon and the 24 crew should bring Tony back to the fold after 5 years.

Tony Almeida is Jack Bauer: I know, confusing right? Hear me out. Tony Almeida and Jack Bauer have been linked for 6 of 24’s 8 seasons. Both characters have lost everything and everyone who meant anything to them. Jack still has Kim but with him on the run the last 4 years, there’s no telling how much contact they’ve had. Jack learned how to deal with a corrupt government. Jack’s had problems with every president since the David Palmer administration. Tony Almeida was also close to Palmer but ever since Logan, Tony has had a negative view of the government in general and it was only heightened by the government conspiracy that resulted in the death of his wife. By the end of Season 8, Jack Bauer himself had taken a turn for the worse. He wasn’t putting innocent lives at risk but you have to wonder what state of mind he’ll be in at the start of Season 9. He’s not as different from Tony as you’d think.

Jack needs tactical support: Yes, we know Jack has Chloe back. The brains behind the operation will be back to help Jack stay a step ahead but let’s face it, Chloe is not a FIELD Agent. She only shot a gun twice in her 6 season run and the 2nd time, she was forced too by Jack Bauer. Even though we’d all like to think Jack can just shoot his way through 100 bad guys without breaking a sweat, he’s going to NEED someone in the field who can shoot a weapon. Someone who knows how to kick ass as much as Jack. Enter Tony Almeida. Jack has representatives from 2 major governments after him. Jack, whether he knows it or not, WILL need Tony Almeida. I know Jack and Tony ended on a bad note but IF Jack wanted to kill him, he’d be dead. Jack knows what Tony went through and a reconciliation with Jack Bauer would make for a VERY powerful scene, if It were to happen.

Tony needs his redemption: Alan Wilson was the man behind Charles Logan, Christopher Henderson, Graem Bauer, and the entire Sentox Nerve Gas Conspiracy. He was the man responsible for the deaths of David Palmer and Michelle Dessler and their unborn son. He was the guy Tony Almeida was after for FOUR years and yet when the time came for him to finally get his redemption, he gets hauled off to jail? It doesn’t feel right. Tony deserves a better ending to his story. Tony had been on the right side of the law for years. He was a major character for five seasons and deserved a better ending than that and 24 fans have been demanding it since the end of 24 Season 7. They cried for his return in Season 8. Then we heard they were saving him for the 24 Movie that never got going. Now it’s time to give the fans what they want. You brought Chloe back. That was good. Now you need to bring Tony Almeida back. Don’t just automatically bring him back to side with Jack and pretend like Season 7 didn’t happen. Have both of them struggle with it. Jack and Tony know how close they were but they also know they can’t just forget what happened 5 years ago. Have them struggle with the idea of needing each other. Then when they DO reunite, it’ll make for one of the most powerful moments in 24 history. Remember in Season 4 when Jack and Audrey were in trouble and Jack called the only person he could trust and Tony appeared out of nowhere? Remember how powerful that moment was? Now imagine that times 10. Make it happen, Producers. Your fans are clamoring for it.

Well…That’s all for this edition of the Official 24 Blog. Next week I will conduct an Interview with one of the Co Hosts of the 24 Podcast, Mark Sieverkropp. That should be interesting! Just a reminder Next Friday will be my monthly appearance on the 24 Podcast recapping the events of Season 3 but don’t miss Episode 14 this week as Josh and Mark recap the second half of Season 3 including the controversial decision of Tony Almeida. Until next week, My name is Joel Wood and this is the longest day of my life.