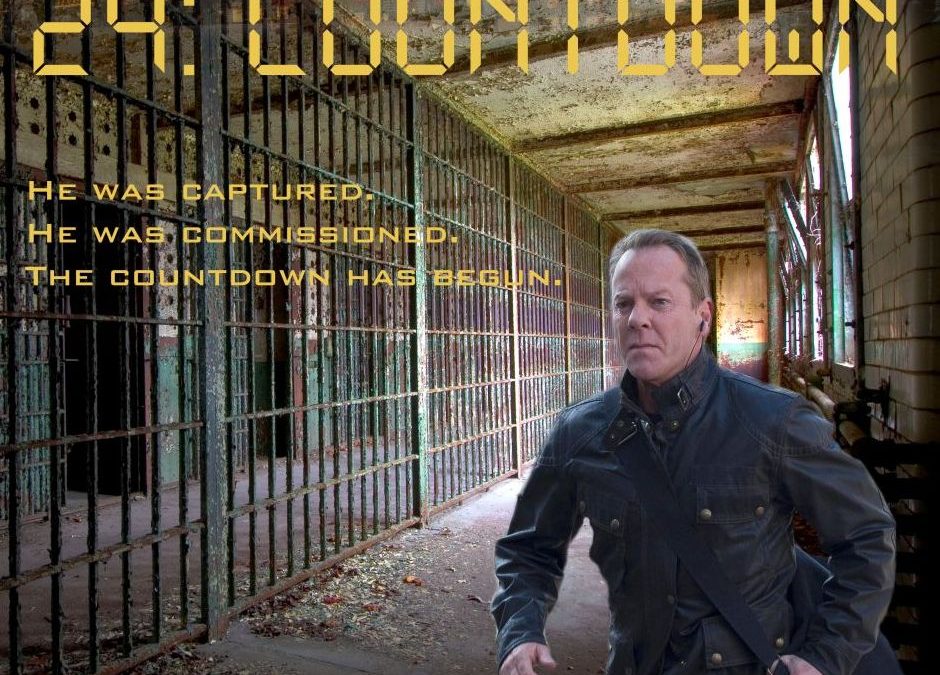 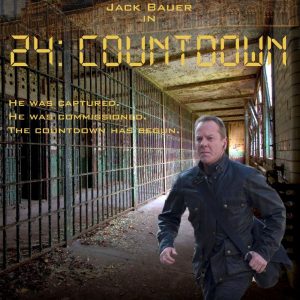 Josh and Daniel talk about the 24 fan fiction project: 24: Countdown. It started as an idea after the conclusion of 24: Live Another Day, and a small team has formed to bring this together. The first part (Hour 1) of this project is released today, and we will release about once a month.

The writing project can be found at 24Faithful.com, but here is a sample of the introduction to the story:

Six months have passed.  Jack Bauer saved the world once again, but that just doesn’t matter at this moment. What matters is that Jack is being held captive in a prison deep within the bowels of Russia. Moscow he assumes, although there’s no certainty in that. Just a hunch. It’s been months since Jack’s smelled the scent filled air of the outside world, and of freedom. Months since he’s heard his native English spoken.  Months since he’s been free of the ten foot by ten foot world in which he has existed since arriving here. Wherever “here” might be.

His cell is small, damp, and cold. The walls are nondescript concrete, rendering his small space devoid of color. There’s a small cot in the corner of the cell, a drain in the middle to relieve himself, and an opening made of steel bars in the middle of the cell door through which they deliver his meager meals.  It makes Jack think of his time spent undercover in Alcatraz.   A single light recessed into the ceiling provides enough illumination to see a few feet in every direction.  The cell’s lighting is just dark enough to potentially cause paranoia given enough time, and certainly dark enough for the mind to play tricks on you.

Jack has been fed well enough to survive, but not well enough to be feel healthy. He knows that this is by design. He’s been through this before while incarcerated in China for all those years under the heel of Cheng. Cheng, a Chinese traitor, his arch nemesis whom Jack had the pleasure of dispatching with a Samurai Sword aboard a boat in an English harbor. And while this prison isn’t designed for creature comforts, it’s practically a luxury hotel compared to what he had to deal with during his incarceration in China.

That was real torture, physically and emotionally. This is more of an uncomfortable reality. The prison seems to be designed to hold prisoners in “stasis” until they learn what fate awaits, and nothing more. A boarding house of political prisoners if you will. And to that end, Jack has seen many others come and go in his months in captivity. Some leave and then return to their cells, and some don’t return at all, ever.  Tension, apprehension, and outright fear prevail when  the guards appear at the cell door, cuffs and shackles in hand. The detainee is placed in handcuffs and lead down the long narrow hallway towards…well, Jack doesn’t know what lies down that hallway. Freedom? Death? Pain?  Jack realizes that freedom is doubtful.  The unknown may be the greatest form of torture in this place.

Jack ponders whether this prison is a sanctioned Russian prison, or something off the grid. He believes it matters to his ultimate destiny. There are clues that point to either conclusion.

On one hand, the prison is staffed by Russian soldiers and officers in full military uniform.  They  act official, but Jack is not convinced the appearance is not a ruse.  People parading through the halls from time to time, a Colonel here, a General there. Poking and prodding, laughing, yelling. You name it. Even with Jack’s training, he’s still not completely clear what the motivations are here.

Like all human societies, not everyone in the prison is cold and cruel.  There are friendly faces, guards who don’t berate him, and try to make his life a living hell.   There are limits, of course, to their compassion, but still it is nice to see an occasional smile or a bit of contraband food snuck onto his tray on rare days.

The Russians know that Bauer has been trained in different forms of human manipulation, and  make it a point to rotate his guards frequently, so that he doesn’t win-over a young, impressionable mind whom he can convince to help him escape. His captors have clearly done their homework, and understand the potential of the person they have in Jack Bauer.  Even when incarcerated Bauer understands completely what’s going on around him. Even the minutia; the fact the second shift guard always goes out for a smoke break 45 minutes after the start of his shift. The scratch marks in the right corner of his cell.

Jack is really not entirely convinced that he would attempt escape if given the chance. Sure, freedom, and the chance to earn it, has crossed his mind more times than one can count, but he also knows that in the end, he chose this life. He didn’t have to submit himself to the Russians, but he did, and he knew what was going to happen when he did so. Jack’s actually more surprised that he’s still alive more than anything else.

When he handed himself over, he honestly thought that he was giving himself a death sentence, paying for crimes committed with the best of intentions. Jack knows he’s made mistakes, and he knows he went too far on that fateful day in New York City. In a way, this almost seems like where he should be, a man alone with his thoughts and his emotions in payment for his lack of self-control. Jack wonders if he deserves to see his family again. Well, sometimes anyway. That’s the thing about life in a dark, damp, isolated prison. You run the gamut of emotions, and while Jack is trained to mentally condition himself against these things, he is still human.

Today is just like every other day in captivity. There are no “lights on” or “lights out” calls in this prison, because there isn’t much light to begin with. Jack is awoken most mornings by the rattling of his breakfast being forced through the hole in the door, consisting of some kind of gruel with a glass something that resembles water. This process is repeated three times daily, and that is the extent of the nourishment Jack receives each day. Again, enough to survive, not enough to attempt escape. After Jack eats his breakfast, he sits around and thinks of the things in his life that are worth taking time to remember: Audrey, Renee, Teri, his daughter Kim, his granddaughter. Friends lost along the way – George Mason, Ryan Chappell, Chase Edmunds, Tony Almeida. Jack plays with it all in his head as the hours tick by. The hours turn into days, which turn into weeks, which of turn into months.